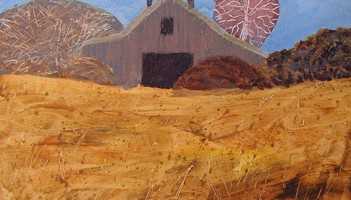 Madison, Georgia, and the surrounding area, has been rural for generations and generations. My grandfather, who is 85 now, moved here with his father early in his life because his uncle told him that this was “God’s country” and that “the ground wasn’t as rocky as it was up in Gainesville, and things just grew better”. They dairied, farmed, raised chickens, sold bait worms, put out rabbit boxes, and lived off of the land around here for years and years. All of this was back in a time when “going to town” (Madison) was a big deal, and didn’t happen all too often. He has told me stories of a rolling store that would come around to different farms to trade and sell goods.

Anyone who has lived here, or even visited for any extended period of time knows that there is something different about this part of the state. Very little has changed about the town square, many of the antebellum homes are still in tact, and several families continue to work the land and farm, just like generations before them have done for years. Growing up a native “Madisonian”, the typical teenage argument is one of complaint that we’d have to drive so far to get to anywhere that had something to do (like a mall, movie theatre, or skating rink).

There has been a lot of development and progress in the past few years in this area, but it all seems to be at a much slower pace than that of other cities and towns. There is just something about the quaint rurality of Madison that has seemed to defy development and “progress”; our very own “Mayberry” here in Georgia.

Alas, the time, thy are a changing… There are glimpses all over the area of growth, development, and renewal. This painting shows a glimpse of this phenomenon. The barn is on a pice of land, not too far from Madison. The land was rented by a company that wanted to put a cell phone tower up. Chris’ thinking was “they’ve found a new way to ‘live off of the land’ & are using it in a different way to make money”. Things are different, but still the same in many ways. Things are done in the name of progress and development, but bits and pieces of the past continue to hold true. This artistic juxtaposition in many ways, represents life in a rural town like Madison, GA. Holding on to the past, giving it the respect that it has earned, while dropping in bits of the future, never fully letting go of what once was.

Chris does a great job of capturing the transitional time that this area of the country is in.