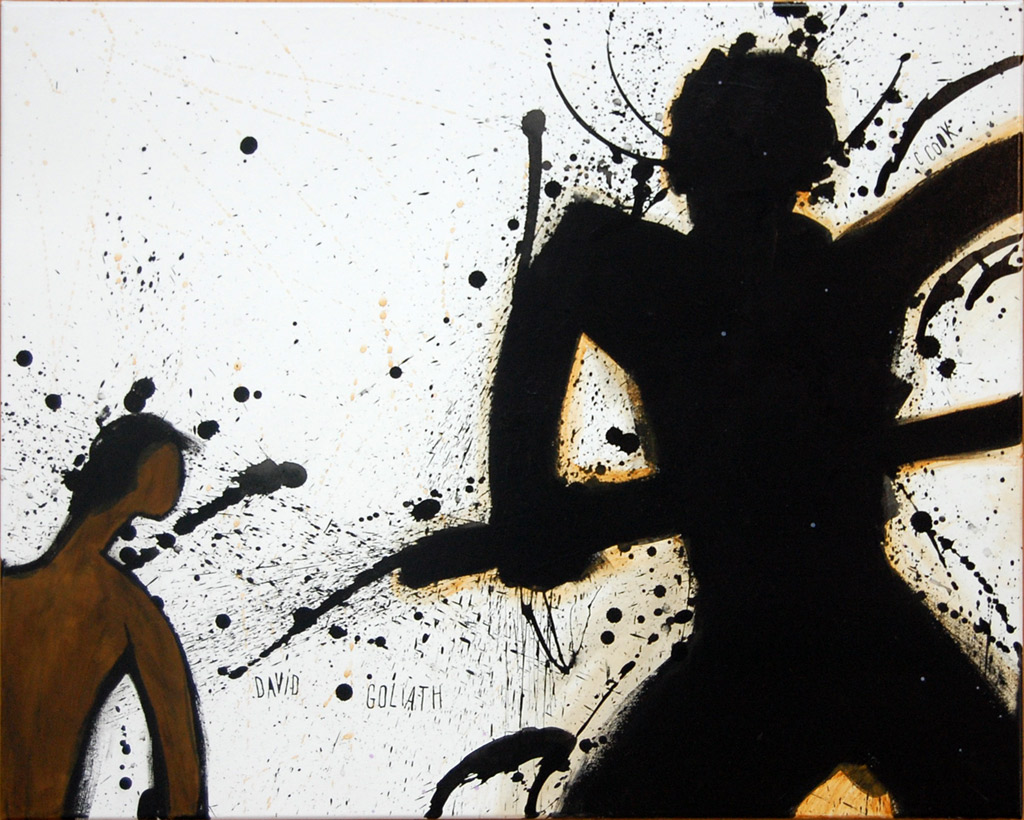 David said to the Philistine, “You come against me with sword and spear and javelin, but I come against you in the name of the LordAlmighty, the God of the armies of Israel, whom you have defied.

Like many, I have read this passage and heard it told to me for my entire life. The older I get, the more gruesome and intense the story has become.

Early on, it was a simple and wholesome tale about a boy and his slingshot who saved his friends from the mean old giant. As I continue to reread and study the passage more, it becomes a deeper and darker tale of a great triumph for God’s people.

David, a simple shepherd boy and least of his brothers, takes a stand against Goliath, a Philistine Giant who mocks the God of David’s people. David refuses to tolerate the mockery any longer, and decides to take on the giant who is holding his people in terror.

Armed with only a sling and stone, not encumbered by the armor of King Saul, he steps out onto the field of battle. While the stone dealt the blow that killed Goliath, David was equipped with so much more. He held within his heart the fulfillment of all of God’s promises of protection and provision through the years. God had protected him from the lions and bears, and he had no doubt that He would do the same for this threat to His flock.

David’s conquest is a great testimony of how one follower, refusing to allow God to be mocked and ridiculed can take a stand for what is right. The odds may never seem in our favor, but in the end it is a matter of where the faith of the soldier is placed rather than the size of the soldier in the fight.

May we all continue to defend the name and honor of God almighty. May we, like David, remember his faithfulness and promises to be true.

“Go, and the Lord be with you”
Jed Hanes
More Information about the artist, Chris Cook, can be found at http://www.chriscookartist.com/bio.html
Facebook0Tweet0Pin0LinkedIn0Print0Email0